On December 5th, the U.S. Sportsmen’s Alliance Foundation along with its partners in the case (Safari Club International, Wisconsin Bear Hunters Association, and United Sportsmen of Wisconsin) filed our final arguments in the Wisconsin lawsuit seeking to ban hunting wolves using dogs.

You can read much more background information about the case here and here.

We made several arguments why Judge Anderson should dismiss the case and allow wolf hunting with dogs to move forward.  But here’s the best one – Wisconsin law does not permit the Department of Natural Resources to create the unreasonable restrictions on hunting wolves using dogs that the anti-wolf hunting groups want.  Here’s why:

In the Wisconsin lawsuit, the anti-wolf hunting groups want the Court to force the Wisconsin DNR to enact a number of strict regulations that would make it virtually impossible to use dogs to track and trail wolves.

In 2011, Wisconsin’s legislature passed “Act 21” which specifically forbids a state agency from creating regulations that are not “explicitly required or explicitly permitted” by a statue or other rule.

In the case of wolf hunting, Wisconsin’s legislature directed the DNR to permit the use of dogs to track and trail wolves.  While the legislature gave the DNR explicit authority to regulate how many wolves could be harvested it did not give the DNR authority to create the restrictive regulations on the use of dogs that the anti-wolf hunting groups want.  That authority just isn’t in the law and imposing those regulations would violate Act 21.

In the end, the anti-hunters’ real issue is with the legislature for allowing wolf hunting and wolf hunting with dogs in the first place.  They lost that fight and are now trying to convince the Court to exceed its authority and force the Wisconsin DNR to enact restrictions the law does not allow.

The Court is scheduled to make a ruling on the case on December 20th. 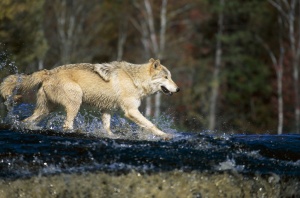 Tell Us What You Think... Cancel reply

The Protect What’s Right Blog is an insider’s view of the politics of hunting. It is an interactive place for those who care about the future of hunting and how it is impacted in state capitols, Washington DC and in the courts. Moderated by three veteran political pros from the U.S. Sportsmen’s Alliance, the PWR blog will also feature guest contributions from other leading hunting rights activists and other articles we find relevant in the discussion of your right to hunt, fish and trap. We encourage reader comments and dialogue.